In this guide we will discuss two of Oculus’s earlier inventions, the Oculus Rift and the Oculus Go. The reason for doing so is to introduce new persons into VR, and explain why they should still look into these devices even as time moves forward and newer systems appear. 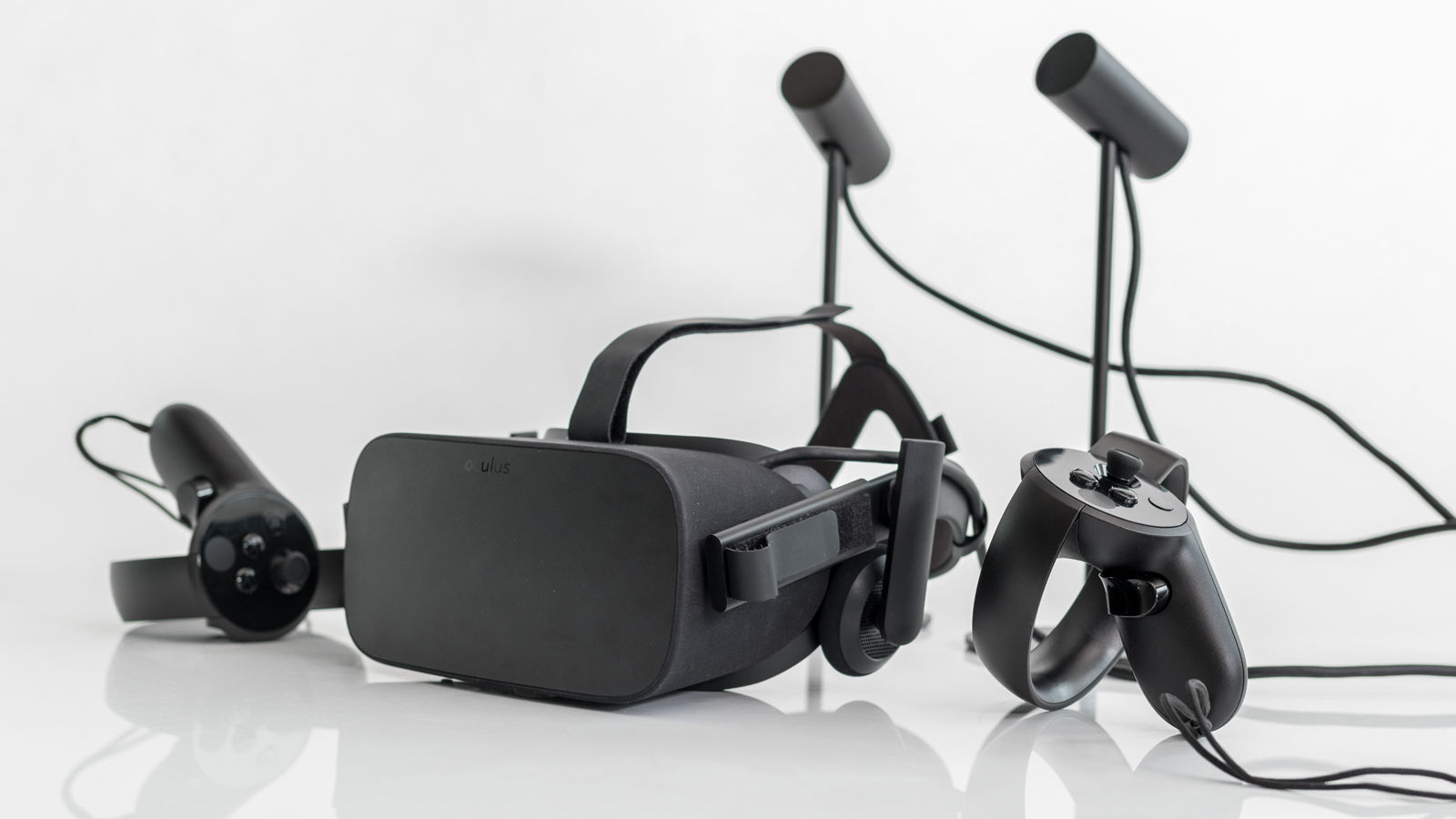 
The Rift is not only a first for Oculus, but a first for thousands of consumers world wide. Early adopters applauded how comfortable the headset was, weighing in at only 1.04 lbs. Many were stunned by its resolution of 1,280 by 1,200 per eye, provided by dual OLED displays, which could be adjusted with a physical IPD slider. The OLED screens produced deep blacks, which allowed games to utilize darkness as a means to evoke ambiance in their games.


The Rift is a gaming orientated headset that depends on a powerful PC to run. Due to this, the games that can be played on it are better rendered and have more visual effects. At first it only shipped with a single IR sensor and an XBox controller, however eventually it would include two sensors and two Touch controllers with purchase. It uses the sensors to accurately determine the location and orientation of the headset and controllers within a space, as one of the first examples of outside-in tracking. With a third sensor, purchased separately, the user has access to 6 Degrees of Freedom, otherwise known as 6DOF or full roomscale tracking, which allows a person to move their head in any rotation as well as upwards, downwards, forward, and backwards. The first generation touch controllers received much attention for their comfort and design, which used buttons with capacitive sensors to create the sensation of having your actual hand in the virtual worlds you played in. The audio comes out of two speakers that sit on your ears and provide deep and immersive sound. They can also be removed from the headset to allow for space for the user’s own headphones.


It suffered from a noticeable Screen-Door-Effect (SDE), which is when the close proximity to the screen causes our eyes to notice the spaces in between the pixels, making the image look as if you were looking at it through a black screen door. There were also complaints about godrays, light streaks that appeared on the lens the player looks through created by high contrast images. It also required many USB ports to be used, and necessitated that an extra sensor be bought for the best full roomscale experience. Otherwise, it was hailed as a success in terms of bringing high quality VR to the consumer market.


Officially, this product has been replaced with the Rift S, so finding a new one at the retail price of $349 may be difficult. Additionally, a consumer would have to decide if they want to buy a any additional sensors for $59 each. However, it is still sought after by enthusiasts due to its superior Outside-In ‘Constellation’ tracking system.


Secondly, the Go is a less powerful VR device more similar to a media player than a video game system. The screen was switched to an LCD screen with a resolution of 1,280 by 1,440 per eye. The screen is more vibrant and and sharper than the Rift’s OLED screen, in due part to the upgraded lens which reduced godrays, but did not provide the same deep blacks. Despite this, many people consider the screen as an improvement due to the much clearer image.


The Go is a standalone VR system, meaning that it does not require an outside power source such as a PC, only an application on your phone to use for downloading software and applications. Due to this, the gaming experiences are less detailed than that on the Rift. However, the Go is tailored to people who want to experience VR in a more comfortable way. The face pads are more cushioned and the head straps are soft and offer more support due to their elasticity. While the Rift focuses primarily on gaming, the Go also provides the user with a virtual space to enjoy not only 3D content but 2D as well. That doesn’t mean the available games are not good, as many of the Go games still provide amazing visuals effects and an incredible experience. The audio on the Go comes from speakers built into the strap. While not nearly as deep or immersive as the Rift, the Go audio is still fantastic and offers a level of immersion suitable for the price tag.


Due to not using any type of sensors for tracking the position of the user relative to the outside world, and instead used an accelerometer to provide 3 Degrees of Freedom, or 3DOF. This only allows a person to rotate their head to change the direction they look in but not change their position within the virtual world. The Go also switches out the Touch controllers and uses a simplified remote. It is aptly named the Oculus Go Controller. In VR it functions more like a 2-in-1 Wii controller and nunchuk hybrid that can only be rotated but not moved around. The Quest is charged via micro USB and has a battery that lasts around 2-2.5 hours.


The biggest argument against the quest is the lack of power it has. Being as it is a standalone device, it has a closed ecosystem where all the parts that make it work are within the device itself. It uses a Qualcomm Snapdragon 821 processor to do all the processing and rendering. This may sometimes cause it to heat up, something that may be concerning to some, though it does shut off automatically in the case it does heat up too much. Furthermore, the battery life was also considered too short by some for a proper enjoyable experience, as movies could run upwards of 2 hours and binge watching shows would be interrupted after only a few episodes.


The Oculus Go costs $199 on the Amazon store for the 32GB model and $249 for the 64Gb model. It is not the cheapest VR device on the market, but the consumer gets access to the Oculus store, which includes a large variety of content specifically designed for the Go.


When it comes to deciding between these two headsets, the best comparison I can think of is to think of the Rift as going to watch a movie at the theater, where the quality of the experience will be greater due to the better sound system and the moving seats, but you forgot to clean your glasses so the actual image of the screen will be ever so slightly blurred. Meanwhile the Go is like watching the same movie at home on your High Definition television, where the audio and overall experience will lack in comparison, but the screen is much more crisp and your glasses are perfectly clean. Personally I have had the pleasure of owning both. The Go is certainly an entertaining device and the screen is definitely superior, but as a person who plays games regularly I sold my Go when I got my gaming PC. If you do not yet have a gaming PC, the Go is an excellent way to test VR without breaking the bank. If you have one, however, the Rift might be right for you.

This was well written and very informative! If I didn't know what I was looking for, this would definitely help me decide.

One thing I'd like to add is that depending where you buy them, you can get sensors as low as $35 (I did on eBay). Otherwise, all of this information is quite helpful.
M

letschat6 said:
This was well written and very informative! If I didn't know what I was looking for, this would definitely help me decide.

One thing I'd like to add is that depending where you buy them, you can get sensors as low as $35 (I did on eBay). Otherwise, all of this information is quite helpful.
Click to expand...